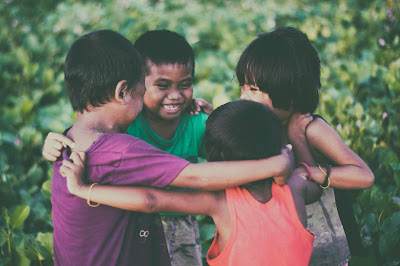 About a year ago I published a fun article titled "You Know You're a Children's Librarian When..." that was all about the quirky things we find ourselves doing as children's librarians, and I was thinking we could use something in a similar fun and uplifting vein right now. Then I came across a post in an online library group that I thought was exactly the kind of fun, feel-good read we all need right now, to help remind of us the joy (and chaos) that comes with working with kids, while many of us are feeling very disconnected from our patrons.

This list of the "Top 10 Things Kids Taught Me About Being A Children's Librarian" was written by Mychal Threets, a children's librarian with the Solano Public Library (www.solanolibrary.com) and is shared with his permission. "Mr. Mychal", as his young patrons call him, frequently shares some of the cute or precocious things the kids say to him, and his enthusiasm for the work he does is very evident.


Top 10 Things Kids Taught Me About Being A Children's Librarian
I can definitely relate to numbers 5, 6, 7, 9, and 10! I once had a first-grader systematically point out EVERY single thing that was imperfect about my face, and I've been asked if I had a baby in my belly [I didn't] more times than I care to remember.

Unsurprisingly, Mychal's post got quite a few reactions and comments, with people either relating to various things on his list, or adding their own. One particularly hilarious corollary to #6 was that if one kid tells you about their boo-boo, all the kids are going to have to share theirs, even if they are imaginary. Once commenter elaborated that "boo-boos are also contagious, I've noticed! One kid needs a bandaid and suddenly it's like the whole class has just returned from battle." That is SO true!

Mychal inspired me to come up with my own list, though there may be some overlap with his: 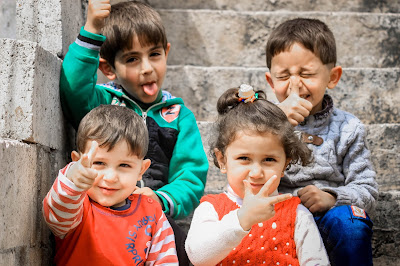 The Top Ten Things I Have Learned About Kids, From Kids

What items resonate with you? What would you add to your own list? I know we have a while to go, but I cannot wait for things to get back to some semblance of normal so I can get back to work and see all my little friends and their families!
Posted by Jen at 2:52:00 PM No comments: 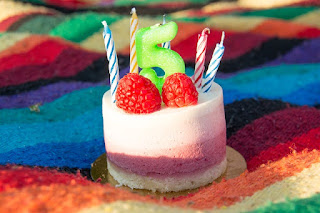 It was 5 years ago today that I published my very first blog post, initially just to prove a point to my smart-ass tween, who didn't believe his mom could possibly have the computer skills to start a blog, even though I've been using computers and the internet since long before he ever came along. But I found I really enjoyed it, and it was a nice way to to keep records of all my programs that was easily accessible and searchable, as well as express myself creatively and professionally.

This blog has seen me through several job changes, and has grown and evolved to reflect the changes in my duties and interests. I've gone from page to early literacy outreach specialist to a children's library associate at a busy, diverse, suburban branch. The focus of the blog has grown from being almost exclusively focused on early literacy to include arts and crafts, STEM, and multidisciplinary programs for all ages. This blog has also seen me through my decision to pursue my MLIS in the hopes of becoming a full-fledged children's librarian, and now the completion of that degree!

Sadly, this blog has also seen me during a serious, life-altering pandemic, which means no graduation ceremony, no job openings, and a great deal of uncertainty about the future. My library system is closed and we are being paid, for which I am very grateful, but I can't help but wonder how long it will be before we can open, and how much longer they will be able to keep paying us if we are not working. Some of the full-time staff are doing some work from home, but they have not asked the part-time staff to do anything, though I am working on professional development. The economy will likely be in a deep recession, so I am not feeling very hopeful about full-time job prospects in the near future.

It's all very surreal. I go back and forth between being okay and feeling very stressed and worried about both staying healthy, and what the future holds. I really miss working and seeing my coworkers and patrons every day. I'm really bummed about the programs I had planned that I didn't or won't get to do: Pi Day storytime, St. Patrick's Day Science, The Fungus Among Us STEM program, Flower Art, storytimes... I'm doubtful that we'll be having summer programs, so there goes my Baby Shark preschool program I was so looking forward to, and my teen Cupcake Wars programs, which would've been my first opportunity to do a teen program. I'm totally having program withdrawal. My system has started doing some online programming, but only the full-time librarians are involved.

So, after 333 posts in 5 years, I'm not sure I'll have much content for the next few months, until the library opens and programming resumes, so there may not be many posts. But, I'll be busy editing my research paper and getting it ready to submit for publication, reading, trying not to worry too much, and watching the mailbox for my diploma to arrive! Hopefully, things will get back to some semblance of normal sooner rather than later, the economy will bounce back, and maybe in the not to distant future I'll be able to announce I finally have a full-time position as a full-fledged children's librarian.

I may post something if I have a moment of inspiration, but don't be surprised if the blog is much quieter than usual for a while. Take care and stay healthy everyone!
Posted by Jen at 5:52:00 PM No comments:

Email ThisBlogThis!Share to TwitterShare to FacebookShare to Pinterest
Labels: About me, Commentary

And The Survey Says... 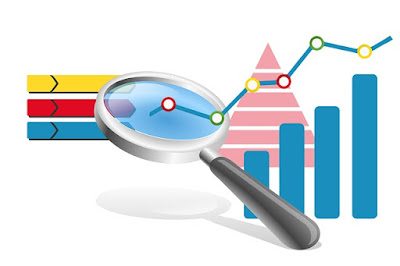 Right before the world changed, I started a research project investigating child development knowledge among new children's librarians in U.S. public libraries. Suddenly faced with an extended library closure and administrative leave, I made good use of the unexpected time off to power through my analysis of the results, write a draft of the paper, and record a presentation of the project.

I became interested in this topic after I started working in public library youth services and I realized how much my prior education (which included child development and education coursework), experience with working with children, and being a parent helped me in relating both to children and their caregivers, having developmentally appropriate expectations of behavior, and planning developmentally appropriate programs. I also noticed that some who did not have the benefit of similar education and experience sometimes struggled a little in these areas, through no fault of their own.

I realized once I started on my MLIS that even a degree from an ALA-accredited program with a youth services track may not provide any significant education in child development (my program spent all of one week out of the entire program on child development). I strongly feel that having a knowledge of child development is important for anyone working with children, and though the literature consistently supports that having a knowledge of child development and being able to apply it to library services is a competency that children's librarians should have, it is unclear when and how they are supposed to get this knowledge or if in fact this competency is being met. I am hoping to publish or present my findings, so I'm not going to give all the details here, but I wanted to give a brief partial summary for those who participated (and thank you to those who did!) or expressed interest.

It will probably come as no surprise to most of those actually working in youth services, but my research confirmed that having a knowledge of child development is relevant and beneficial to essentially every aspect of children's librarianship. I also found that while new children's librarians have some knowledge of child development, particularly in the area of early literacy skills, it is primarily from prior practical experience and many lack a strong academic foundation, which results in knowledge gaps, a lack of depth or breadth, and/or being unfamiliar with the terminology. Most respondents did not find their undergraduate or MLIS coursework to be very helpful in enhancing their child development knowledge, and all felt they would benefit from additional education and training in child development.

This means that many newly minted children's librarians are starting the job without a strong foundation in child development and having to play catch-up; learning on the job, through self-education, and through continuing education. It appears that MLIS programs need to evolve and better prepare librarians for the greatly expanded roles they now have that extend well beyond the materials, and focus more on the children and caregivers using them.

Again, I am planning on pursuing publication or conference presentation, so for now that's as much as I can say, but if that doesn't work out I will publish the results in their entirety here at the very least. If you would like to be notified when the study is published or presented, send me an email at AdventuresInStorytime@gmail.com to be added to the contact list. I will be the first to admit it is a small and imperfect study, but I do think it has value and I feel the topic is an important one, so I hope it can find an audience.

*Update: I am thrilled to announce this research has been published, and appears in the Journal of Education for Library and Information Science, Vol. 63, Issue 1, January 2022!