Is It Spring Yet? Preschool Storytime 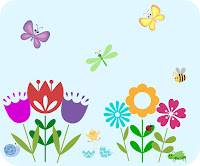 One of the occupational hazards of working in early literacy outreach can be boredom due to the repetition.  I have quickly found that while many themes are fine for one or two storytimes, some of them can become a bit tedious when you are doing 25-35 storytimes over two weeks as I do with the Storytime-To-Go program, even when you have a variety of books and activities.  The "Spring" theme turned out to be one of those.  I love Spring, but there just aren't that many books about Spring that are really engaging or fun for a group read-aloud.

These are the books I ended up using the most, some of which I added later.  There were many books in the [pre-existing] kit, but several I either didn't use or only used once because they were either too long, dull, or too similar to books that I liked better.  Of course we started each session with our letter-of-the-day (Ss) and our story song.

Mouse's First Spring by Lauren Thompson lets kids name all the things Little Mouse encounters as he experiences Spring for the first time.  With cute illustrations and short, simple text, this book is perfect for the younger kids.  Older kids may find it a little boring, but it will do in a pinch.

Pop-up books are always a hit with kids, and Snappy Little Springtime by Dugald Steer is no exception.  This book shows several cute baby animals, and has a rhyming verse to describe each scene.  Kids can identify the animals and say what sounds they make, and relate to how the young animals like to play chase, hide-and-seek, and peek-a-boo just like they do.

Bear Wants More by Karma Wilson is another charming story about Bear and his friends.  In this story, Bear wakes up from hibernation thin and hungry!  His friends each help him find a different food to eat, but he still wants MORE, with humorous consequences.  As always, Jane Chapman's illustrations are beautiful and charming, and the text has an engaging rhyme and rhythm.  Kids will enjoy filling in the "more" each time.

Il Sung Na's A Book of Babies shows several different animal babies, with a fact about each one, in her unique illustration style. The audience can identify each type of animal, as well as their sounds. The more observant ones will point out that the duck shows up on each spread.

Spring Is Here by Will Hillenbrand is another Bear and Mole story. This time, Mole realizes Spring has come and it's time for Bear to wake up, but no matter what he tries, Mole can't wake him!  This is a relatively short and simple story, with a bit of humor.  The kids can act out the actions Mole takes and provide the snoring sounds.

Animals In Spring by Martha E. H. Rustad is the only non-fiction book that the kids could stay engaged with.  It is short, with a small amount of text, and large photographs showing various animals in spring.

When Spring Comes is the latest book from Kevin Henkes, illustrated by Laura Dronzek.  This book shows the changes as winter fades away and spring begins.  I love the illustrations, in bright "spring-y" colors with heavy black outlines; this style seems to hold the attention of young children better.  The text is okay, but not particularly exciting.

Wake Up, It's Spring! by Lisa Campbell Ernst was not quite what I expected.  I thought it would be a funny story, but it is merely the story of the earth waking up to the warmth of spring, followed in turn by a seed, a worm, and various animals.  The illustrations are nice, but the story is just okay, not particularly engaging.

Jan Thomas' Rhyming Dust Bunnies and Here Comes The Big, Mean Dust Bunny! were "mid-season replacements" to alleviate the boredom I was feeling half-way through the rotation and inject some fun and humor, thanks to a suggestion from a colleague that if I included "spring cleaning", then I could link these two books to the theme.  As a bonus, I had been wanting to work more on rhyming words as the kids only seem to have a vague idea of what rhyming really means.

Jan Thomas' books always incorporate a lot of silliness, and they are always a huge hit in storytime.  I really love that not only are these two super fun to do, but it gives the kids lots of practice with rhyming words.  They can suggest rhyming words along with the dust bunnies, and will be quick to notice that Bob doesn't rhyme with the others.

The Activities
I had a couple of different magnetic board rhymes, a matching activity, and a song to use with this theme, using 1 or 2 with each group. 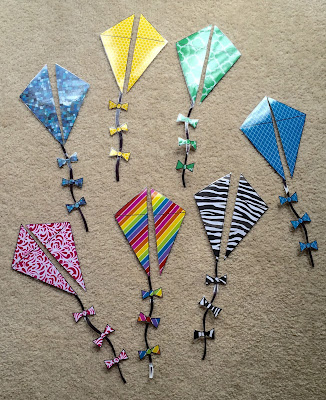 I inherited this set of 16 kites, so unfortunately I don't know the source of the patterns, but they were printed out, laminated, then cut out and cut in half.  I kept the halves with the tails, and passed out the other halves to the kids.  First we discussed how the kite shape was made up of triangles (and small circles for the centers of the bows).  Then I would hold up one half and the child with the matching half would bring theirs up, then we would discuss the colors and patterns. 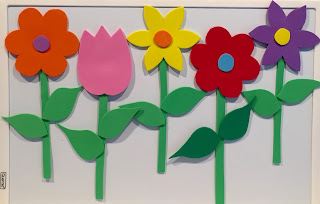 Then BOOM [clap loudly] went the thunder,
And ZAP went the lightning!
That springtime storm was really frightening!
But the flowers weren't scared - No, no, no!
The rain helped them to grow, grow, grow!

I had the children use their fingers to count up, and we did appropriate motions along with the rhyme.  These were also cut from craft foam with magnets, and once again, I inherited them, so I don't know if they were cut from patters or made with a purchased kit, but you could easily find clip art to use for a pattern to make your own.
_________________________

Soon my yellow blossom   (round arms over head)
Will turn to fluff.  (keep arms over head)
Along will come the wind   (sway from side to side)
With a great big huff.  (blow like wind)

Then my dandy seeds
Will dance around;   (wiggle finger in air)
Traveling to places, then
Floating to the ground.   (lower fingers to ground)

Since it was early spring and the dandelions hadn't started making seed heads yet, I would first show a picture of a blossom, then the seed head to refresh their memories.  At the end, we would talk about what would happen after the seeds settled back into the ground.
_________________________

How It Went
As I mentioned above, the theme started wearing thin for me after the first week with the selection of books I inherited, but after I added Bear Wants More and the Dust Bunny books it got a lot better.  The younger kids really liked Mouse's First Spring and Snappy Little Springtime, and everyone liked Bear Wants More and Spring Is Here, but everyone LOVED The Rhyming Dust Bunnies and The Big, Mean Dust Bunny!  Even if it was a bit of a stretch on the theme, they were a great addition, plus we got some needed practice with rhyming words. Thank you so much to the person who suggested them!

The kids didn't seem overly enthusiastic about the activities, except when they got to have a piece to bring up, such as with the kite matching activity or when we had a small enough group to hand out the raindrops.  In retrospect, I should have added Laurie Berkner's "Boots" song, and let them pretend to splash in puddles, or some other music/movement activity.

One funny, slightly awkward moment happened one day during the introduction, when we were talking about all the different things that happen in Spring.  I mentioned one of my favorite parts of spring was that spring is when lots of baby animals are born and I enjoy seeing all the cute babies.  Then one little girl pipes up and asks, "But HOW do baby animals get born??"   Ummm.......... "That's a story for another storytime..."  After that, I stuck to talking about baby birds hatching!

I also had one sweet girl give me my first tip since working at the library.  As she boarded the Storytime Bus, she gave me a hug and said "I'm paying you for storytime today!" and handed me a penny.  It was so cute and she was so pleased with herself, I didn't have the heart to tell her I wasn't allowed to accept tips.  I thought this was a clear case where an exception was appropriate.  I can put another penny into petty cash, but I will definitely keep this one forever! 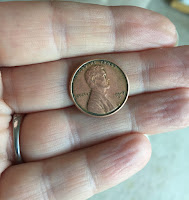 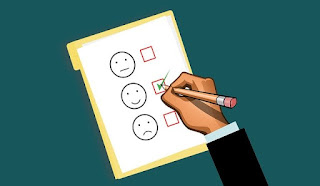 Top 10 Posts Of All Time

Jen
I am a former education major turned microbiologist, turned SAHM-cake artist, turned librarian-in-training. I also coached a state champion middle school track team along the way and raised two kids, one who is grown and one still in high school. I am not a librarian (yet), but I do work in youth services at the library while working on my MLIS.