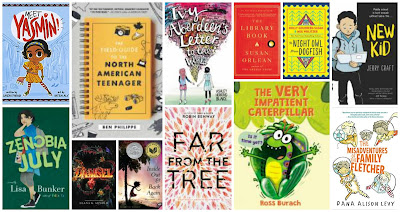 This post is purely for fun and a little personal reflection on some of my favorite, and not so favorite, reads from the past year, based solely on my personal reading and opinions. Also, I seem to always be a year behind, so while I will try to focus on books published in 2019, some will be from 2018 or possibly older. I'm sure there are many great books out this year that I did not get a chance to read, so feel free to make suggestions in the comments! 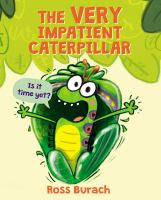 This was an easy choice, as I fell in love with this the first time I saw it, and couldn't wait to use it in storytime. It is very funny, very relate-able, and introduces some nice vocabulary. Fans of Mo Willems' Pigeon books will definitely love this, and the humor appeals to both children and adults. Click on the title to link to my full review.

Sadly, I could not think of one other new picture book that stood out. I don't know if I'm missing them when they come in, or if it's just not been a great year for good picture books that appeal to my style. I'd love some suggestions! 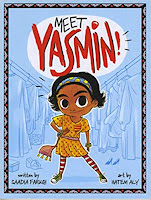 This wonderful series of transitional chapter books feature 4 different stories in each volume (which are also published separately, which can be confusing) about a young Pakistani-American girl dealing with everyday challenges and issues that all children can relate to, such as school projects, getting lost, and making mistakes.

The text is just right for newly independent readers, and the illustrations are contemporary and charming. As a bonus, there is extensive back matter, including discussion questions, a glossary of Urdu words, facts about Pakistan, a recipe, and a craft.

Ivy Aberdeen's Letter to the World by Ashley Herring Blake, 2018.

This is a poignant story of a 12-year old girl who is beginning to question her feelings and what they mean in terms of her sexuality, though that term is never used. The subject is handled so beautifully, and with such sensitivity, and in a completely age-appropriate way.

In addition, Ivy's family has just lost their home to a tornado, she is feeling like the proverbial invisible middle child, her best friend is keeping secrets, and someone has found her private journal, so there is also some friend and family drama going on as well.

Honorable Mentions: I had a really hard time narrowing this one down as there were several middle grade books I really enjoyed reading this year, including the graphic novel New Kid by Jerry Craft, the modern parent-trap-with-a-twist To Night Owl From Dogfish by Holly Goldberg Sloan and Meg Wolitzer, and two older books, Inside Out & Back Again by Thanhha Lai and the delightful The Misadventures of the Family Fletcher by Dana Allison Levy.

Favorite YA Fiction
This one was a tie:

This story of three siblings, separated by adoption and foster care and meeting for the first time as teenagers, is a beautiful, moving story that makes you feel all the feels.

The three begin to form strong bonds as they get to know each other, eventually sharing their darkest secrets. Eventually they decide to look for their birth mother together, which has a bittersweet, but ultimately uplifting and healing, ending. I loved this book so much!

The Field Guide to the North American Teenager by Ben Philippe, 2019.

Norris Kaplan is a black, French-Canadian teen having to adjust to relocating to Texas. Unhappy about the move and uncomfortable in his new school, he covers his loneliness and anxiety about fitting in by using sarcasm and snark as a defense. He initially is quick to judge and categorize everyone based on stereotypes, which comes back to haunt him later when his new friends learn of some of the unkind comments and jokes he made about them before he got to know them.

Being fluent in snark and sarcasm myself and having lots of experience with not fitting in, I loved this book and was thrilled to see it named a finalist for the Morris Award.

This YA feminist fairytale re-telling started with an interesting premise, but failed miserably in execution. The female protagonist, the "Damsel", was very flat and not well-developed, with little personality, and not particularly sympathetic, the plot was very predictable, and the writing was laughable, littered with such gems as "...the thick meat of him, a fleshy tusk, white like ivory in the bed of curled black hair" to describe the male anatomy, and "...swimming in the hot stew of his mother's juice" to refer to a babe in the womb. Though it was a Printz honor book and I know others who liked it, I did not like it at all and wished I had not wasted my time. Read Girls Made of Snow and Glass by Melissa Bashardoust instead.

I had heard several librarian friends and acquaintances gush about this book, and was excited when my name finally came up on the hold list. I really expected to love this book, but sadly it did not live up to the hype, at least not for me.

Orlean clearly has an appreciation for books and reading, and fond memories of her childhood library, but I found her book to be very rambling, lacking focus and organization, and jumping back in forth in time and from one story to another as if she couldn't decide what kind of story she wanted to write: the history of the L.A. Public Library, an investigation of the fire at Central Library, or her own childhood memories. This resulted in a jumbled, sometimes boring, and rather anti-climatic book.

Dishonorable Mention - I had heard people recommend Aristotle and Dante Discover the Secrets of the Universe by Benjamin Alire Saenz many times over the last few years, and had been meaning to read it for a while, so I was glad to see it on the reading list for my YA Lit class. However, though there are some good things about it and I really liked it at the beginning, Dante's character really began to wear on my nerves with his over-sharing and constant crying, and I did not like the way the ending was handled at all. It is not terrible, but I didn't really enjoy it, and it certainly didn't live up to the hype.

I found this middle-grade/young YA story about a trans tween sent to live with her aunts after the death of her parents and adjusting to her new life and finding a delightfully diverse group of friends to be a pleasant surprise.

I had low expectations for this book based on the author's previous book, Felix Yz, which I found to be cluttered with too many competing storylines. Also, the author's attempt to include as many LGTBQ representations as possible was clumsy and often felt like tokenism; I found the representation of the gender-fluid grandparent who follows a fixed schedule of when they present male or female to be particularly problematic.

However, the author did not repeat these mistakes in Zenobia July. The story stays focused on the main character, and while it does include a wide array of wonderfully diverse characters, this time Bunker did an excellent job of developing them and integrating them into the story naturally, so that they enrich the story rather than distract from it, and the representations are positive and feel authentic.

Honorable Mention - I initially hadn't planned on reading Marissa Meyer's Cinder because sci-fi really isn't my thing, but knowing how popular it is, I thought I should at least be familiar with it. So I sat down intending to just read the first chapter, and I couldn't put it down! I loved how Meyer used the classic fairy tale of Cinderella as the inspiration for this YA story, but interpreted it in such a creative and different way. It is sci-fi, but also has a magical, fairy tale feel with a strong female character and is just a fun read.

So that sums up my impressions of what I read this year, though there were certainly many other books that I liked. I'd love to hear your thoughts on any of these books, or any you think I've missed. If you want to see what else I read this year, take a look at my Goodreads list, though I only track middle-grade and older books on there, no picture books, early readers, or transitional chapter books.

What what some of your favorites and disappointments this year?
Posted by Jen at 1:42:00 PM