Depending on how much of this blog you have read, you might know that librarianship is a second career for me and that my first was in scientific research. Science was my first love, so I got my undergraduate degree in biology, with minors in chemistry and education, followed by a masters degree in microbiology. I worked several years in research, then was a stay-at-home-mom before finally ending up in libraries, where I love being able to use my science and education background in STEM programming and incorporating factual information in storytime.
Now, let's pause for a minute - What is the first thing you think of when you hear the words "STEM programming"? I'm guessing you're probably thinking of computers, coding, robotics, and electronics. Did you think of gingerbread houses, bread baking, or shopping for groceries? Probably not. Let's back up for a minute and examine what "STEM" really means.
The "STEM" acronym began popping up in the early 2000's, first coined by the National Science Foundation (replacing the previously used "SMET" acronym), then later being picked up by the education field, and finally making its way into library world a few years later. "STEM" stands for the four related and over-lapping fields of Science, Technology, Engineering, and Mathematics [an "A" for the Arts was later added by some, but I only use the "STEAM" acronym when referring to a program or activity that actually combines art with one of the others]:
Four letters, four different fields; however, in recent years I've observed a marked emphasis on one: the "T" for Technology, and coding in particular. 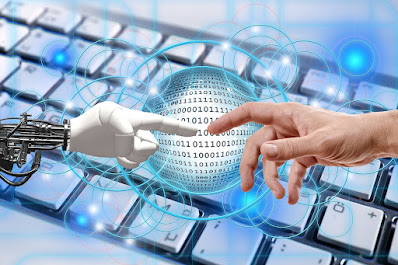 I began to notice this trend around 2019. Suddenly there were at least a dozen or more different books on coding for kids on our shelves, and it seemed new ones were constantly coming out. I began to see library folks talking more and more about STEM programming, but the focus was mostly on the "T", with robotics and various coding programs, often tied to gaming: Minecraft, scratch, Raspberry pi, and lots of new, and expensive, toys and gadgets, like Ozobots, Sphero, snap circuits, squishy circuits, and many more. It seemed like people were trying to tie as many programs as possible to coding, even a simple bracelet of pony beads strung on a pipe cleaner. The kicker was when I attended PLA in 2020, and was excited to see several presentations that said they had to do with STEM programming, only to find out they were really only about Technology programming, specifically coding and robotics; mistakenly using "STEM" and "Technology" interchangeably.
What's wrong with teaching coding and other Technology? Absolutely nothing! The problem is when Technology becomes the major focus, at the expense of Science, Math, and Engineering. Technology wouldn't even exist without the other three! The over-emphasis on technology, particularly coding, is problematic in several ways:
If technology is the only branch of STEM that kids are exposed to, particularly when "STEM" is mistakenly used synonymously when they really mean "technology", then they may mistakenly think that is all STEM is and never explore all the many other areas of STEM. There are so many STEM careers out there that have little to do with technology! But if all kids are exposed to is computers and coding, and they don't like it or don't have the skills or aptitude for it, they may mistakenly think they don't like STEM period. Kids need basic science, math, and engineering as well!. I might even argue that basic science and math are even more important than engineering and technology as they pertain to so many everyday life skills. 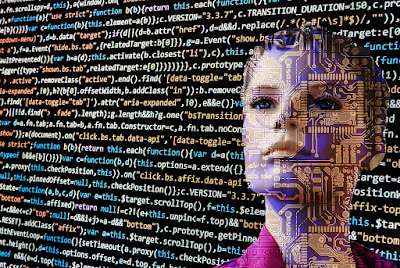 I find the emphasis on coding in particular to be problematic. Coding is one single skill in the tech field and tech is only one field of a vast array of STEM, yet it seems to receive more attention than any other. Parents are getting the impression that their kids MUST learn coding to be successful, and that simply isn't true. There are many careers, even STEM careers, that do not require coding. As a lab researcher, I had to use technology in the form of sophisticated lab equipment and computers, but I never needed to know how to code. My daughter is a NASA engineer and was never required to know coding, either. I've seen coding and robotics programs touted as a path to equity, but an introduction to either does not guarantee success or a lucrative career. Coding for fun and coding at a commercial/professional level are two very different things. And while there is a demand for programmers, there is also a fairly steady supply, not to mention increasing outsourcing to other countries.

When technology overshadows all the other areas of STEM, library staff who are not tech-savvy may be too intimidated by the idea of STEM programming and avoid it altogether. Or, the pressure to jump on the tech bandwagon may lead to poor purchasing decisions, poor program designs, and wasted time and money. For example, when I moved into my current position, I found a pile of boxes stashed under a table in the corner that contained dolls riding scooters, called "SmartGurlz" (cringe). They were coding toys that had been purchased with the intention of starting a coding program for middle-school girls. First off, I'm not a fan of gendered programming or the gender stereotyping. Second, though they are certainly fine as a toy for younger kids, they were completely inappropriate for a coding program targeting girls aged 11-14. My co-worker said only a handful of girls came to the first program, and left after 15-20 minutes, no one showed up the next time, and it was soon dropped. So $600 was completely wasted on three of these dolls, plus three needlessly expensive tablets to run them.
And finally, technology is more expensive, and many small libraries just don't have the budget for it, and technology is also more difficult to adapt to take-home kits, which were a staple of programming in 2020 and 2021, and even now at some libraries. And again, library staff may not do any STEM programming if they don't have the budget for tech, and don't think about the other three areas of STEM.
Now, don't get me wrong, I'm not anti-technology. I just would like to see more balance, a more well-rounded approach, in STEM programming. Basic science relates to everyday life and the world around us, and encourages curiosity, observation, and reason; we use basic math every day in both our personal life and at work, and engineering helps with critical thinking and problem solving; these are all life skills people need, as well as occupational skills. And as I've said, they overlap and build on each other, and technology wouldn't exist without the other three. The advantages of offering well-rounded STEM programming are:
If you love coding and technology and want to share your passion, by all means do so! I just hope I've convinced you to explore some of the other areas of STEM as well. And if you've been intimidated by the idea of STEM programming because you're not tech-savvy or a science person, I hope this will empower you to give it a try. In part 2 of this series I will give some tips and things to consider in STEM programming and incorporating STEM elements into other programs, and a few resources, and in part 3 I'll throw out some program ideas for each area.
Continue to Part 2, Tips and Resources 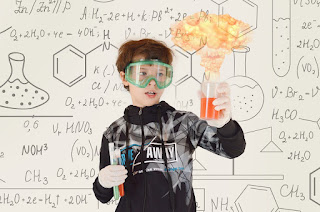