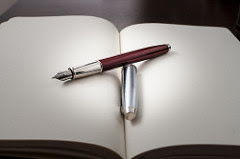 I'm excited to say, this week I started a new job!

For the last three years I have worked in the Outreach Services department providing early literacy programming to preschoolers in daycares and schools all around the city, averaging about 12 sessions per week (with a 20 hour work week), plus providing early literacy training to childcare workers at 2 events each year, doing some school-aged STEAM programming in the summers, and working at the children's service desk in our main downtown library one afternoon a week.

There were a lot of things that were great about this job, I had a great manager who had a very collaborative management style and was open to others' ideas and let me try new things. As a result, I got a great deal of programming experience in a relatively short time, vastly increased my knowledge of picture books, authors, and illustrators, and gained experience presenting. It was great for the the first two years, but approaching the end of my third year I was starting to burn out. I LOVE doing preschool storytime, but found it too much of a good thing to be doing so much of that, and not much of anything else, plus it was putting serious strain on my vocal cords.

I found I really missed working in a children's department and having a wider variety of duties, being able to form deeper, more long-term relationships with the kids and families, and each day being a little different. So when a position opened up in the children's department in the branch that was closest to my home, where my previous supervisor was now the branch manager, I knew it was time for a change!

So now I am a Library Associate in the Children's Department of one of our busiest branches, and it's going to be quite a change. I will be doing far fewer storytimes, just one family storytime a month at least initially. I will also be doing a school-age STEAM program once a month, and probably some other programs as I get settled in. Right now everyone is still in summer reading survival mode, and regular programming will resume in September. Much of my job will be customer service, including RA and reference, which I have really missed.

The schedule is a little weird, as it's all over the place: 1 morning, 2 afternoons, and 1 evening; plus one weekend a month, but in the long run I think it will be a good thing, as I will see a broad cross-section of patrons and activity, and it will give opportunities for a broad range of programming for various ages. It has been super busy so far, but it's a good busy, and makes the shift go by fast! Just as I've always heard, branch life is very different from working at the main library downtown! It's a whole new world....with a shorter commute! 😉

Next week I'll share the storytime plan that helped get me the job 😊.

Email ThisBlogThis!Share to TwitterShare to FacebookShare to Pinterest
Labels: About me