I was not the one who actually presented this storytime, but I did plan it and left it for my boss to use when she covered my storytime while I was on vacation. The whole snake thing has been a running joke for a couple of months now, and it was a theme I had not done before, so I figured why not, plus I found a couple of cute songs/rhymes to go with it.

The whole thing started because we have a mouse problem, which led to someone saying we needed a library cat. But some staff and patrons are allergic to cats, so I suggested a library snake instead, knowing my manager absolutely hates snakes. We exchanged emails back and forth one day, ending with her pulling the boss card, and me reminding her she was going to be gone for 10 days for her honeymoon, during which time I would be in charge. Then, I quickly threw up a snake display, which ironically proved to be the most successful display I've done in the last year! See, the public wants a library snake!

In the end she pawned it off on an unsuspecting staff member from another location who is currently in library school and only too happy for the experience, so I guess the joke was on me 🤷.

I pulled several books for her to choose from, intending for the presenter to pick 2-3 that they liked, but since that information was not passed along to the inexperienced person who ended up doing the storytime, she read ALL of them. And I don't know what order she did them, or what songs and rhymes were done when, so I'm just going to list all the books, and then all the songs. 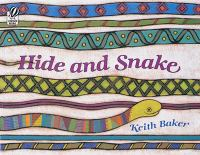 Hide and Snake by Keith Baker is a search and find story. The snake is exploring around the house, and the reader/audience has to try and find it on each spread. Text is fairly sparse, and it provides good practice in recognizing patterns. 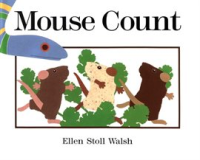 Mouse Count by Ellen Stoll Walsh is a classic. The snake is hungry and begins collecting mice in a glass jar for his dinner, counting them as he goes. But, the clever mice outsmart him and the snake learns a lesson about being greedy. As the mice escape, they "uncount" themselves.

The Greedy Python by Richard Buckley & Eric Carle is another story featuring a greedy snake. This python eats everything he comes across, until his stomach can't hold them. I normally don't use early readers for storytime because they are so small, but I really liked it and the illustrations were simple and bold, and the font very large. 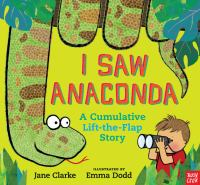 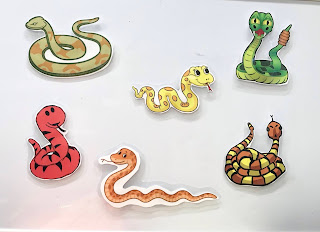 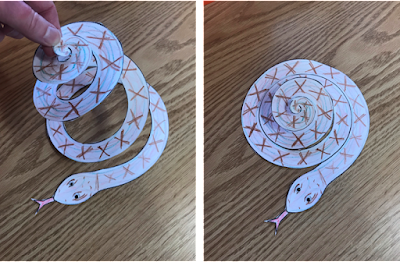