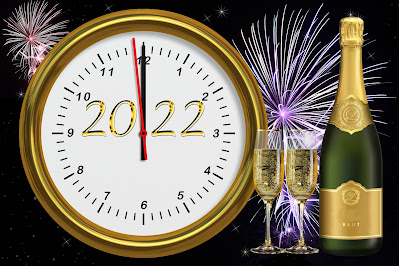 I have big news! I've started a new position, and this time I think it could be "the one".

If you've followed my blog for while you may remember that just after finishing my MLIS in the spring of 2020, I and 100 other part-time staff members were let go from the library system I had worked in for 7 years. After being unexpectedly thrown into an absolutely abysmal job market I ended up relocating across the country in order to find a full-time professional position.

My husband and son stayed behind, waiting to see how I liked things there before we decided whether I was going to come back home when something opened up or we were going to relocate there permanently. As it turned out, though I loved the state I relocated to, I did not like the particular town and the position and library system in general proved not to be a good fit for several reasons. However, I did gain valuable experience as well as insight into what things were really important to me and what I really wanted in my next position, which was to be back in youth services exclusively and preferably not in a large system.

As I approached the one-year mark, I started seriously looking for something else closer to home. This time I could afford to be more choosy, as the market had changed and now I was not only currently employed, but had the advantage of a year of professional experience in a position that included management and some significant accomplishments. I really hoped to get away from large systems and their out-of-touch upper management, layers of bureaucracy, inefficiency, poor communication, and lack of transparency. Much to my delight, a YS manager position unexpectedly opened up back home at a library only 20 minutes from my house, with a surprisingly decent salary!

So just barely over a year later, I made another cross-country move back home and began a new position as the "Youth & Family Services Manager" for a medium-sized (about 22,000 sq ft), single library in a somewhat rural area that serves a small town of 10,000, and overall county population of about 23,000. Though I'm still in the honeymoon period, so far it's been an exciting and refreshing change, and very different from my last job as the sole librarian and assistant branch manager for a tiny (less than 10,000 sq ft) branch in part of a larger system serving an urban population of 120,000, and additional rural population of another 10-20,000, and a relief to be back in an exclusively youth services position.

The first difference I noticed immediately is of course having much more space, so I no longer feel claustrophobic and have room for a decent collection, seating, and play spaces, plus my own program room. Oh, and I also have a whole office of my own, not just a tiny desk shoved into a high traffic area next to the bathroom! But the the other big difference was how much more welcomed I felt by the staff here, and there is an actual onboarding process to support me as I transition into the role, as it does have more responsibility in addition to a whole set of new software and new policies and procedures to learn, and a new community to get to know. No just being dropped into a role with no training, direction, guidance, or support and left to sink or swim. I feel like I'm actually being set up for success this time around.

It has been a bit surreal at first, having people ask how *I* want things done and doing it, being told I can do summer reading however *I* want (and we will definitely NOT be paying kids to just check out books and inflate our circ stats), the director having consultants brought in to meet with me to see what physical changes I might want to make to the youth areas as far as decor, shelving, furniture, lighting, etc., being able to weed and select and develop the collection my way. I even have access to post on the library's Facebook page! I *finally* am no longer just a disposable, anonymous cog in a large, impersonal system; no longer being restricted by and subjected to the whims of centralized control of everything, and can finally do things the way I think they should be done. I have been positively giddy with excitement!

Yes, it will be a lot more responsibility, but also a lot more freedom. Is everything perfect? No. The collection has been severely neglected and allowed to become pretty stagnant and very lacking in diversity. The space, though there is plenty, is not very well-utilized or welcoming. There are some cataloging/shelving practices I don't care for. Teens have been demonized and their needs not adequately provided for. Families aren't coming in as much as I'd like. But, I have the authority to change the things that I don't think work, so I see them as opportunities to make a good library even better, not problems or sources of constant frustration.

And speaking of change, I was amazed to find that the staff here is not only open to change, most of them are eager for it! I was afraid I'd get pushback if I wanted to make any changes, instead I found out they had been hoping I would want to make the changes I've very cautiously hinted at. I was told they had been looking for someone who would be a little more progressive and bring in new ideas and "help get the library into the 21st century". I've really been impressed with the other senior staff so far, they are all not only smart, knowledgeable, and capable, but also flexible, supportive, and encouraging. Plus fun to be around.

I'm trying not to get too excited too soon, but this really feels like a great fit and I'm cautiously optimistic I've found a role I can really grow into and stay in long-term. It will probably have a bit of a learning curve and take me a couple of years to really get the department, collection, and myself where I want, but I am feeling very confident. The challenges I see right now that need addressing are:

As I said, I have been excited by everything I've seen so far, and I'm really looking forward to seeing what a difference I can make over the next year.
Posted by Jen at 5:27:00 PM

Email ThisBlogThis!Share to TwitterShare to FacebookShare to Pinterest
Labels: About me, Announcements