I grabbed a handful of books off the new shelf to look over, somewhat at random, with mixed results: 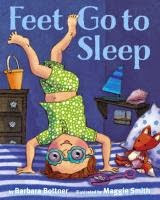 Summary - It's bedtime for Fiona, but after an exciting day at the beach, she is not quite ready to settle down and go to sleep.  She begins to try to relax her body, starting with her toes, as she recounts all the fun she had.  Bit by bit, she relaxes until finally she is able to drift off to sleep.

Review - The illustrations are nice, and it would make a decent enough bedtime story or story about beach fun, but nothing really makes it standout to me.  A decent book, but not a must read. 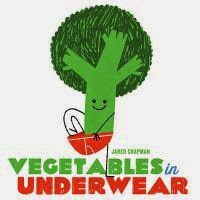 Review - First let me say I really do have a sense of humor and can enjoy a good underwear or poop joke with the best of them, but I'm just not feeling this book.  It seems like the author just decided "Oh, kids like underwear jokes, lets just throw together a book with the word underwear on each page.  Let's see, who should wear the underwear?  I know, vegetables!"  It just seems totally random and gratuitous.  There are much better books out there with underwear themes, in my opinion, such as Polar Bear's Underwear by Tupera Tupera, The Underpants Zoo by Brian Sendelbach, and Aliens Love Underpants by Claire Freedman. 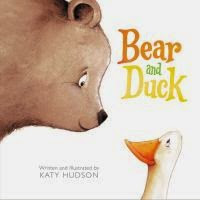 Summary - Bear was tired of being a bear.  He didn't like sleeping all winter, being stung by bees, and his fur was hot.  He spies a seemingly happy and carefree duck family and decides to be a duck instead.  Needless to say, this doesn't work out as he had hoped.  In the end his is still a bear, but has made a good friend.

Review - This is a cute story with lovely illustrations about trying to fit in and ultimately learning to be comfortable in your own skin that young kids will enjoy.  It also sends a subtle message about friendship and self-acceptance.  Sweet, with a little gently humor. 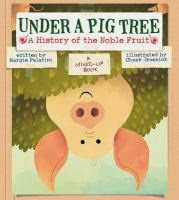 Summary - The author has written a no-nonsense factual book about the history of the fig.  Unfortunately, the publisher made a small typo and "fig" has been replaced by "pig" throughout the entire book.  Even worse, the publisher doesn't feel such a small mistake (after all, it's only 1 letter) warrants correction and plans to publish as is.  This results in a hilarious exchange of notes between the two, supplemented by the author's hand-drawn corrections to the art-work.

Review - I thought this book was funny and clever, though I feel the suggested age range is a little low.  I doubt most 4 year olds would appreciate the sophisticated humor, plays on words, and sarcasm, but older kids and adults would.  My favorite part was the list of "Also available" books at the end, with such gems as:  The Apes of Wrath, A Clockwork Orangutan, Hamadeus, and A Tale of Two Piggies.  I think this would be a great read-aloud with older kids, maybe 1st-3rd graders. 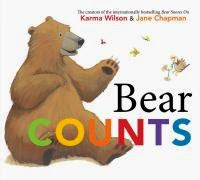 Summary - Lovable Bear is back with his friends, counting from one to five.

Review - I love Karma Wilson's Bear books, and I was a little afraid this one would be a disappointing afterthought as sometimes happens when publishers try to milk everything they can out of a successful series, but I was pleasantly surprised.  Bear Counts has a similar rhythm and cadence as the other Bear books and Jane Chapman's illustrations are as charming as always.  A nice counting book for the younger kids, especially if they are already fans.
Posted by Jen at 8:54:00 PM