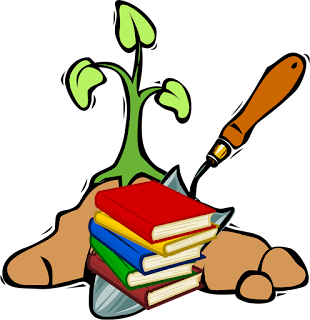 During the time between when I accepted my current position and when I actually began I corresponded with the adult services manager a couple of times to get a feel for things and know what to expect. In one email they told me of some meetings and things I would be attending the first week, and then suggested I would want to get started assessing my collections.

I was a little surprised at this, as I had expected programming to be the top priority. But once I started looking at the collection, I realized why! The collection had been very neglected and mismanaged, and the deeper I got into it, the more I realized how bad it was. Many really old books on the shelf, lots of materials that had not circulated in the last 5 years or more, very little new material, almost no diversity, and a very obvious bias for one particular religious point of view.
It seems that my predecessor (and those before her) never weeded anything unless it was absolutely falling apart and irreparable, only bought new material when it was specifically requested by patrons or represented their own evangelical POV, and never replaced ancient copies of still popular classics with newer editions/reprints with contemporary cover art. Which brings us to today's nomination for the "Shelf of Shame".

I present to you this ancient copy of Laura Ingalls Wilder's By the Shores of Silver Lake. Though Wilder has been heavily criticized of late and her books have fallen out of favor among critics and many librarians, they are still popular among young readers. The whole series definitely has a place in my collection, but not in this condition! And sadly, this is pretty representative of what I'm finding in all the classic series. 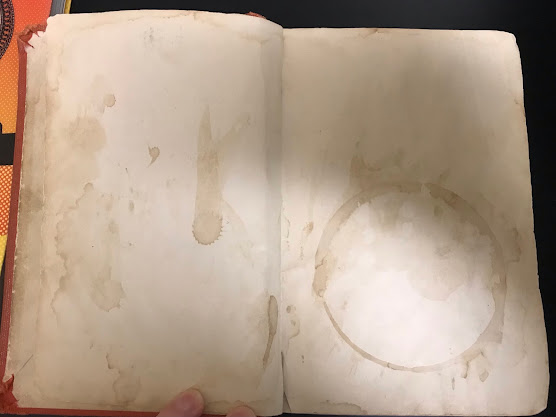 As you can see, this copy is very old and in very poor condition: jacket is missing, pages are yellowed and dirty, it has been written in, moisture damaged, and clearly at some point someone decided to use it as a coaster. I believe this copy to be the 1953 edition, based on the illustrations by Garth Williams, which first appeared that year, and the publisher listed as Harper & Brothers, which changed to Harper & Row in 1962. 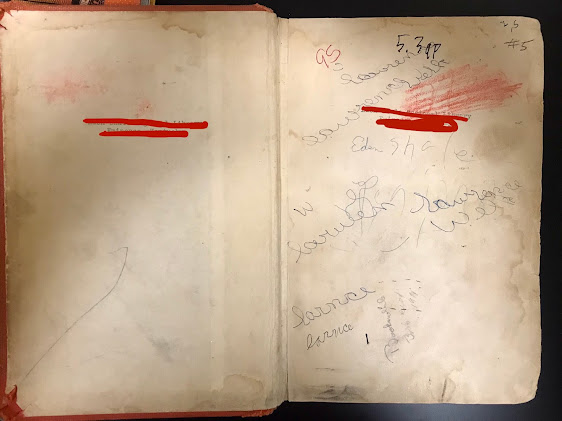 What is really interesting is that it bears the stamps of a different library in another county, and the state Library Extension Division, which only existed as that entity at that address from 1957 to 1962. I believe this book was first acquired by the state division around 1957, then provided to the regional library listed which was at some point absorbed by the currently existing county library. Somehow, it must have been weeded from there and ended up being added to my library's collection in 1995, and being 42 years old at that point it must have already been in poor condition.
So I have two burning questions, (1) Why was a 42-year old copy that had been weeded by one library added to our collection in the first place, and (2) Why, oh, WHY did no librarian in the last 25 years ever think to replace it? It's not like it has ever gone out of print, and much of the damage looks to be very old, not recent. I realize that years ago the library may not have had the funding to replace things as often as I'd like, but come on, to have such an old, nasty copy on your shelves for that long?? I know there has been enough money in the budget to replace such items in recent history at least.

People, we have to do better than this! I get why someone might hold onto it for a personal collection, but this has no place in a public or school library where we supposedly want kids to check out books and read them. If you want books to circulate, you can't have your shelves filled with old, worn, faded, gross, ugly books. Not only is a child highly unlikely to pick a book off the shelf to check out if it looks like it came from great-grammy's basement, it brings the whole collection down, much as an old, run-down house brings down the property values of every other house in the neighborhood.

Sadly, though this book is the oldest I have found so far, I have found many that date back at least to the 1970s that still have original cover art from the 1950s or earlier, maybe not in quite as bad of a condition as this book, but close. And big surprise, they don't circulate well, even titles that I know are still fairly relevant and popular in other libraries. Needless to say, I've already ordered replacement copies for this book, and the whole series, along with several other classic series.
Now, repeat after me, "No more old, ugly books!"
What has been the worst offender you have weeded from your collection?
Posted by Jen at 12:39:00 PM