Preschool Storytime - The "Apple" of My Eye

Since one of the apple books turned out to be such a big hit on the storytime bus, and I enjoyed reading it, I decided to go ahead and use the same theme with my regular preschool storytime I do on my own.  There was also another book we had tried on the bus that was kind of hit and miss, and I wanted to try it one more time before deciding whether to include it in the "Apple" kit for the future, or not.

As always, we started with our "welcome song", which the kids asked to sing again.  This group *really* likes that song for some reason. Then I introduced our topic of apples, and showed them several different varieties of apples and the star inside.  Next, I decided to add a theme-related rhyme with movement before moving on to our "story song" to see if stretching out the beginning would help them settle down more by the time we got to the story.

Then we went into our "story song" after which I had to pause and wait several minutes for them to get the idea I wasn't starting until they were all quiet.  It is so hard for a couple of them to stop talking :) 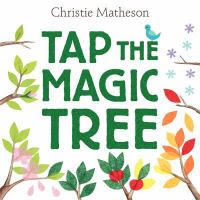 For our first story I chose Tap The Magic Tree  by Christie Matheson.  This is a very interactive book that I first pulled to try out on the Storytime Bus.  It asks the reader to do various motions, tap the tree, knock on the trunk, blow a kiss, etc., to help the magic along.  The "magic" of course is the changes that take place throughout the year.  It shows the seasons in a very fun way.  I knew it would be a great lap read, but wasn't sure how it would be for a group read, but it worked really well on the bus and I had a lot of fun doing it, so wanted to use it with "my" kids  (I've been doing this group on my own since long before I had the Storytime Bus gig).  I just tell the kids to put their hand up and do the motions in the air, while I actually touch the book (if you had a small enough group you could let each child come up and do one of the actions with the book).

After that, we did a fun rhyme about "Five Little Apples" and a wiggly worm (I have felt pieces for this, but did not use them today):

*repeat until down to no apples* 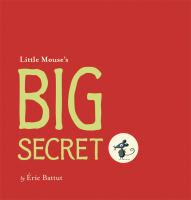 The second story I read was one I tried on the bus with mixed results; sometimes it worked and sometimes it didn't.  The story is really cute, as Little Mouse finds an apple he doesn't want to share, so he decides to hide it by burying it.  He is determined to keep his secret, all the while not realizing his secret is revealing itself as the seeds sprout and grow into a tree.  In the end, he finds that some secrets are better shared.  Great story, and repeating lines the kids can say along with you, BUT the illustrations are really, really small.  So I wanted to give it one more try before deciding whether to order a copy for the bus or not.

I had brought another book, Ned's New Home by Kevin Tseng in case they were ready for 3 books, but it was obvious 2 is still all they can handle for now, so we went on to our closing song, and I passed out apple stickers.

How It Went
They did pretty well today, but it will still be a while before we work up to three books I think, though they are showing improvement each time.  The really liked Tap The Magic Tree and were very attentive for the most part, and loved the "Five Little Apples" rhyme, especially the big "CHOMP!" with the loud clap and giggled every time.  Poor Little Mouse's Big Secret didn't fare so well.  A few paid attention, but I lost most of them.  It's a shame, because it's a really cute story and I'm sure if the illustrations were bigger it would be a great storytime book, but they are just to small for the kids to see well.  Maybe re-invent it as a felt board story?

They were all really excited to see me, and several of them already remember my name.  The one little girl was still talking about the Little Lost Cowboy book from a month ago, kept asking for "Coyote, coyote!"  I just might have to find a away to get her a copy.

This group really likes to sing, so I've got to remember to plan more songs next time!
Posted by Jen at 1:51:00 PM