Oh, My Gosh! It's Thanksgiving!


I decided not to write up my 2-weeks of Thanksgiving storytimes with the Storytime-To-Go program, since it was mostly the same as last year. I did try out a few other books, and used the ones that worked the best of those today in my regular storytime. 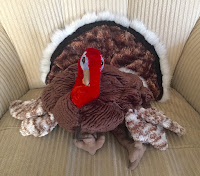 I walked in with my turkey puppet, and they were all intrigued. I told them we would talk about it after our welcome song. After the song, I first tried to see if anyone knew the puppet was a turkey, and after getting guesses of chicken, rooster, and eagle, someone finally said turkey. That led into talking about Thanksgiving, being thankful, and Thanksgiving dinner.

I used talking about different foods we have at Thanksgiving dinner as an opportunity to introduce them to squash, which would relate to one of our books. Most children don't know what squash is, so I brought three different varieties (butternut, zucchini, and golden acorn) with varying shapes and colors to show how squash can have all kinds of funny shapes and can be orange like pumpkins.

We sang our story song, incorporating a couple of turkey 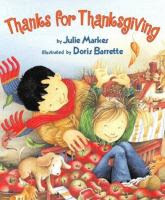 gobbling and wing flapping verses for fun, then read our first book, Thanks for Thanksgiving by Julie Merkes and Doris Barrette.

This is a short, sweet story about all kinds of things that kids might be thankful for and can relate to, like playgrounds and playdates, puppies and kittens, and family. After I read each page, I asked them to raise their hands if they were thankful for that, too, and we talked a little more about various things we were thankful for afterward. The whimsical watercolor illustrations are bright and detailed. 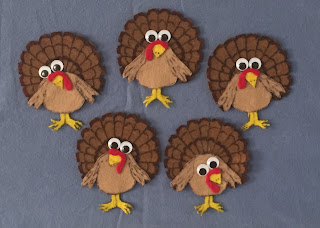 Next, I used my turkeys from the "Five Nervous Turkeys" flannel set to do a "Five Silly Turkeys" rhyme, based on the book of the same name by Salina Yoon. I wasn't able to get a copy of the book, but I was able to find a video of it on YouTube to get the words. Due to copyright, I can't include them here, but it has turkeys twirling away, being stung by a bee, falling asleep, and getting sunburned, then regrouping for a Thanksgiving feast. 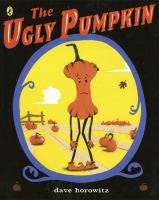 Our second book was The Ugly Pumpkin by Dave Horowitz, an absolutely adorable retelling of The Ugly Duckling that works well for both Halloween and Thanksgiving themes. Our protagonist is an oddly shaped pumpkin that nobody wants and everyone is being mean to. He feels ugly and lonely and starts to cry.

But, upon taking shelter in a nearby garden, he discovers, "O my gosh! I'm a squash!" and finds were he fits in. The kids don't always get the ending, but they understand that he's happy, no longer sad and alone. This story provides a good opportunity to talk about appreciating everyone's differences and being kind.

After that it was time for a little fun and movement with "If You're a Turkey":

If You're a Turkey

Additional Verses:  wobble your head, shake your tail, say "Gobble, gobble," do them all... 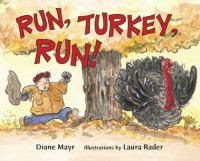 I saved the best for last with Run, Turkey, Run! by Diane Mayr and Laura Rader. This one is similar to Turkey Trouble by Wendi Silvano, but is much shorter, so it is great for the younger kids! Plus it has the repeated "Run, turkey, run!" that the kids can say with you.

It's the day before Thanksgiving, and Turkey sees the large roasting pan in the kitchen, and knows what the farmer intends to put in it, so he must "Run, turkey, run!" He tries to disguise himself as a pig, a duck, and a horse, to no avail, before finally escaping to the forest. Is Turkey safe at last? Yes!......Or is he??

Afterwards, we ended with our closing song, and passed out stickers.

How It Went
When I got there, I was greeted with lots of hugs and the teacher warned that the kids were pretty wound up, which I could see for myself. It took a little longer than usual to get them settled on the rug, but after that they were okay for the most part. After we got going I noticed one little girl was sitting nicely, but with a mad, sulky look on her face. I decided to just ignore it and hoped she perked up eventually. Then when we sang the verse in our story song that goes "If you're ready for a story, nod your head," she would shake her head "No" each time, being quietly passive-aggressive. I'm not sure what her issue was, maybe just in a bad mood or maybe I interrupted something she was invested in, but I figured it was best just to ignore it as long as she was not being disruptive.

Previous groups have enjoyed Thanks For Thanksgiving, but this class seemed a little bored with it. They were very empathetic with the poor Ugly Pumpkin, though, to the point I was afraid one little girl was going to tear up. Introducing them to squash earlier seemed to help them follow the ending a little better than previous groups have; kids that age aren't very familiar with squash. One boy had a hard time accepting that the golden acorn squash was not a pumpkin though. They all loved Run, Turkey, Run! Both the "Five Silly Turkeys" flannel board and "If You're a Turkey" song & dance went over well and were enjoyed by all. 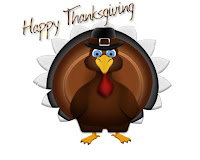